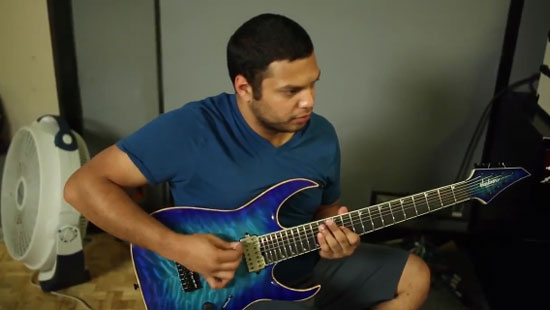 On the heels of debuting two concept albums – Juggernaut: Alpha and Juggernaut: Omega – in the Top 25 of the Billboard 200 earlier this year, the men of Periphery allowed a crew from CreativeLive inside their studio to see where the magic was made.

In the clip, Nolly Getgood, Matt Halpern and Misha Mansoor discuss how they put together such an ambitious project and offered studio production pointers.

“It was a very cathartic release,” Mansoor said. “More than it being this project that we worked on for a while, it’s also been this thing that’s been looming over us the entire time that we’ve been a band.”

Watch the video after the jump and click here to learn more about Mansoor’s new signature Jackson guitars for 2015.