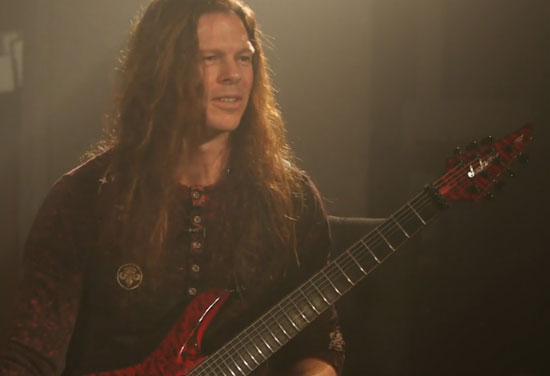 Megadeth’s Chris Broderick was recently featured on the Fuse’s Metalhead to Head alongside George Lynch of Dokken, Lynch Mob and KXM fame.

The two guitar greats talked about a variety of topics, including gear preferences, Broderick’s patented thumb pick device and various influences along the way.

With both Broderick and Lynch playing their respective guitars throughout the episode, it’s definitely worth watching through until the end.  Check out Part I below and Part II after the jump.