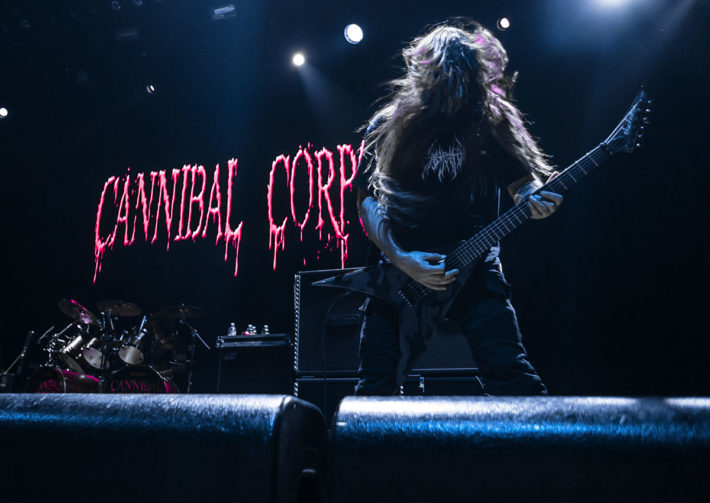 For almost 30 years, death metal legends Cannibal Corpse have been melting the faces of their fans with an insane blend of brutally relentless and complex tunes. For 2017, the group has blessed its hardcore following with new album Red Before Black, which continues that tradition, and picks right up where 2014’s A Skeletal Domain left off.

The 12-track album features Jackson-wielding guitarist Pat O’Brien, who has been part of the metal outfit since 1998. His handiwork on the track “Shedding My Human Skin” even earned a stellar shout-out from Metalsucks.net.

CLICK HERE to pick up a copy of the album and be sure to catch Cannibal Corpse ON TOUR with Pat O’Brien who is sure to be shredding his Jackson Custom Shop Double Rhoads V in a Camouflage finish.

Stream the latest Cannibal Corpse release Red Before Black in full by clicking play on the video below.