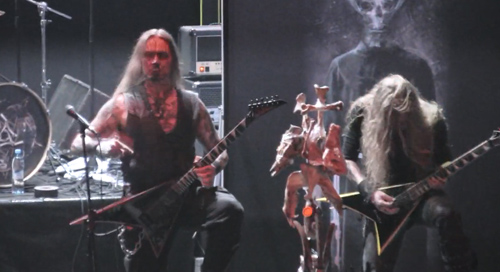 Austrian death metal band Belphegor has released a raging new video for the track “In Blood – Devour This Sanctity.”

The track comes from their 2011 album Blood Magick Necromance and is as brutal as ever.  For the video, Andrew Kovalev recorded Belphegor live from show in Moscow on Oct. 6, 2013 and interspersed that footage with scenes from a spooky cathedral.

Belphegor has another album scheduled to come out on May of 2014 via Nuclear Blast Records, but in the meantime, you can watch “In Blood – Devour This Sanctity” below.