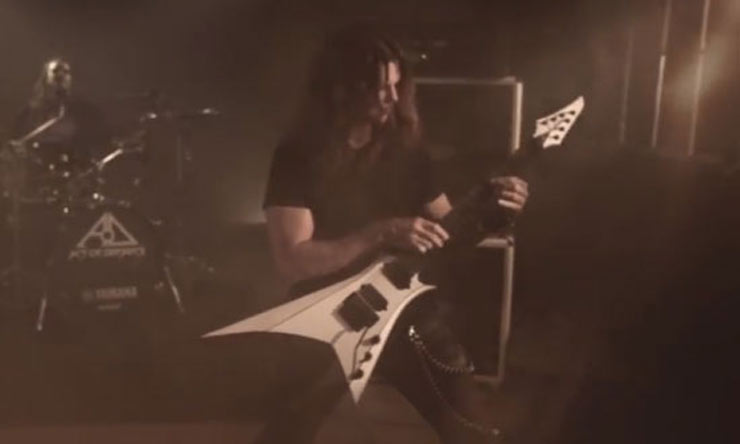 In advance of the release, the metallers have dropped a video for single “Throwback.”

The heavy song comes at you fast and furious, as Broderick leads the way with an aggressive riff on his Jackson Custom Shop guitar.

“I never expected ‘Throwback’ to be the first release off the CD, as it’s not commercial, doesn’t follow a typical verse-chorus-solo scheme, and is almost six minutes long,” Broderick stated. “However, when you hear the fire, emotion and brutality of the song, it becomes very clear that it was a contender to show people what Act of Defiance is really about.”

Watch the entire group in action after the jump.