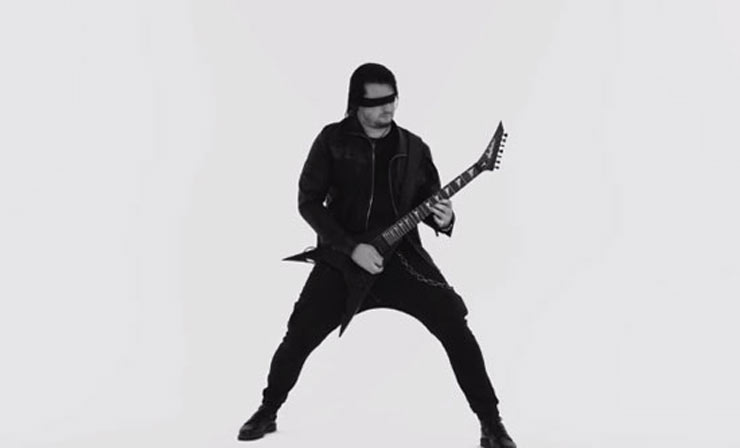 Orlando, Fla., heavy metal act Trivium has released a jarring video for the title track to upcoming album Silence in the Snow (due out Oct. 2).

In the JonPaul Douglass-directed clip, members of the band perform against a black-and-white background while mysterious characters fight amid harsh environments. At the end, the blood flows from frontman Matt Heafy’s battered face as he sings the final lines of the song.

In addition to “Silence in the Snow,” Trivium has released new track “Blind Leading the Blind,” which you can stream here.

Check out the video for “Silence in the Snow” after the jump and don’t miss Corey Beaulieu shredding on his signature KV7.