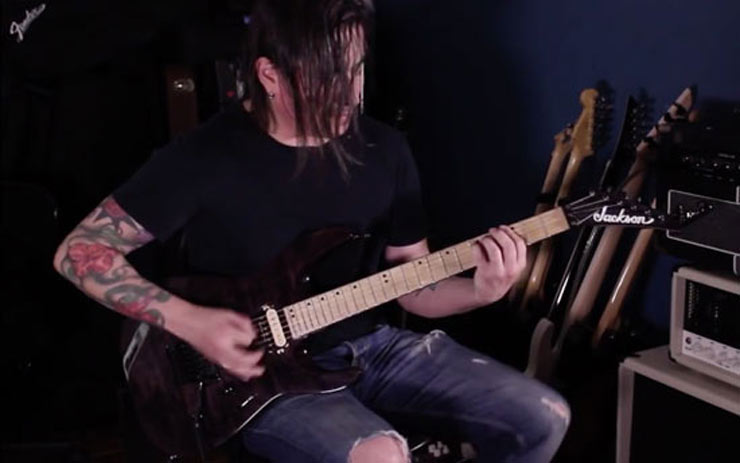 Earlier this year, guitarist/producer Tonio Ruiz released an all-instrumental solo album called To Hell and Back that featured his furious fretwork.

For those wanting an up-close look at Ruiz’s skills, he recently posted a rehearsal of the title track on his Jackson Pro Dinky DK2QM.

Watch the clip after the jump and click here for more from Ruiz.