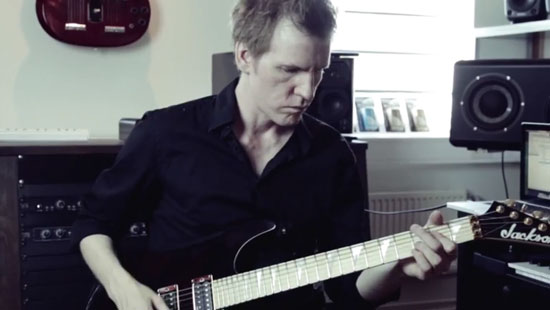 Christopher Amott’s latest project, Armageddon, has an album coming out later this year called Captivity & Devourment, but fans of the guitarist’s work don’t have to wait that long.

Amott recently released an awesome play-through video of the track “Equalizer,” which shows him shredding on two different Jackson models.

Check out Amott in action after the jump.