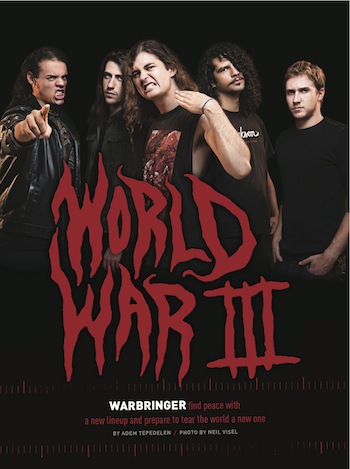 The album, released Sept. 27, is the third in the band’s trajectory, and also the one they’re most proud of.

The band recently wrapped up their first-ever headlining U.S. tour, “America Torn Asunder,” and is back on the road for a nearly one-month tour in Europe.

And if you’re planning on checking them out live, here’s a few words from Kevill:

“It’s all intense metal,” he told Decibel. “If that’s what you’re coming to see, you’ll sure as hell get it.”

Watch Warbringer’s “Shattered Like Glass” video below, and get your copy of Decibel here to read the full interview.