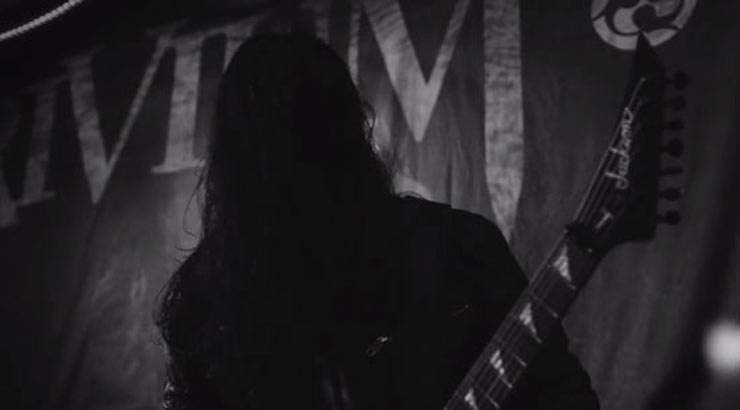 About a month before new album Silence in the Snow hits shelves (Oct. 2, to be exact), Trivium has released a video for the track “Until the World Goes Cold.”

The clip showcases the band performing mid-tempo song live — with guitarist Corey Beaulieu playing his signature King V — while a scary shirtless dude ambles around the city in a giant horned skull mask.

Check out the clip after the jump and click here for upcoming Trivium tour dates.