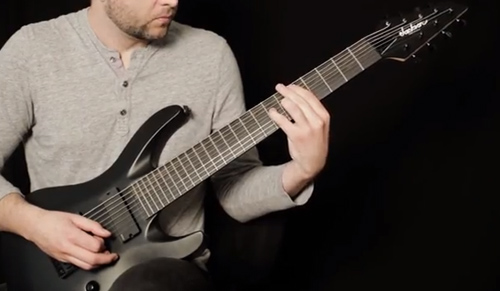 Pyrithion’s debut EP The Burden of Sorrow won’t drop until April 16, but guitarist Ryan Glisan (Allegaeon) has released a demo of the track “The Invention of Hatred.”

Pyrithion is also made up of singer Tim Lambesis of As I Lay Dying and guitarist Andy Godwin from Embodyment.

To watch Glisan work his magic on an eight-string guitar, check out the video below.