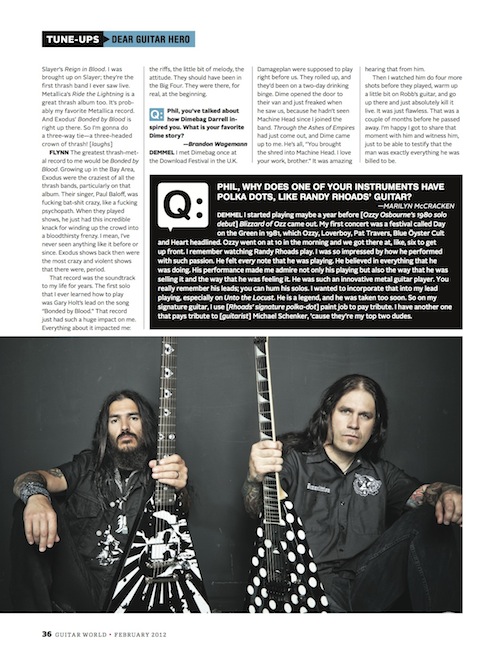 In the Feb. issue of Guitar World magazine, Demmel explained how he became a Rhoads follower and why he painted his signature Jackson Demmelition with polka-dots after watching Rhoads perform live.

“I remember watching Randy Rhoads play,” said Demmel. “I was so impressed by how he performed with such passion. He felt every note that he was playing. He believed in everything that he was doing.”

Demmel was so inspired, that he decided to pay homage to Rhoads by using the same polka-dot paint job on his own Jackson model.

“He is a legend, and he was taken too soon,” said Demmel. “So on my signature guitar, I use [Rhoads’ signature polka-dot] paint job to pay tribute.”

Check out Demmel’s signature polka-dot Demmelition in the video below:

Pick up your copy of Guitar World here to read the full interview.