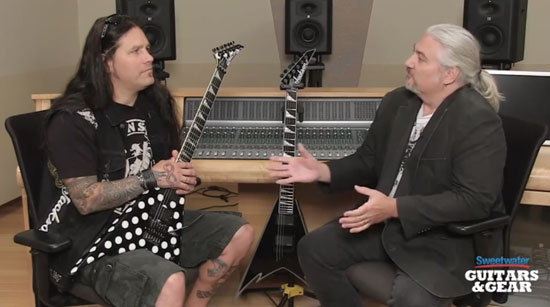 Mitch Gallagher of Sweetwater Music recently sat down with Machine Head’s Phil Demmel to talk about his career, his favorite gear and what’s happening with his band.

Machine Head has been on the road in Europe playing a series of tour dates but currently back in the U.S. getting ready for a slew of North America shows through October. In addition, the Bay Area thrashers have designs on releasing a new album later this year.

Learn more about it in Demmel’s interview after the jump.