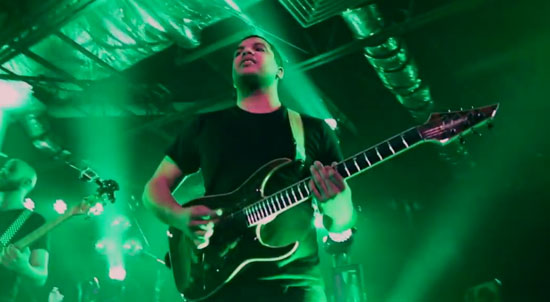 Releasing both Juggernaut: Alpha and Juggernaut: Omega earlier this year, djent ambassadors Periphery have been on the road in support their acclaimed concept  project.

And for those that haven’t been able to catch Periphery in person, the band recently dropped a live video for the track “The Bad Thing,” a frenzied gem from the Juggernaut: Omega album.

Directed by Jeff Holcomb, the clip features live performance footage with up-close-and-personal camera angles. The visuals truly put the fan right in the photo pit, with a vantage point from the end of singer Spencer Sotelo’s microphone and Misha Mansoor’s new signature Jackson guitar, for example.

Watch Periphery in action after the jump.