During the interview, the Jackson artist was asked what it was like to open for the veteran prog rockers.

Mansoor also talked about what it’s like to have three guitarists in the band, and also touched on the band’s new album, Periphery II: This Time It’s Personal.

Watch the interview below…

Meanwhile, Mansoor will be featured on the April 2012 issue of Total Guitar, landing on the cover with Dream Theater’s John Petrucci.

Check newsstands for a hard copy of Total Guitar, or click here for a digital version. 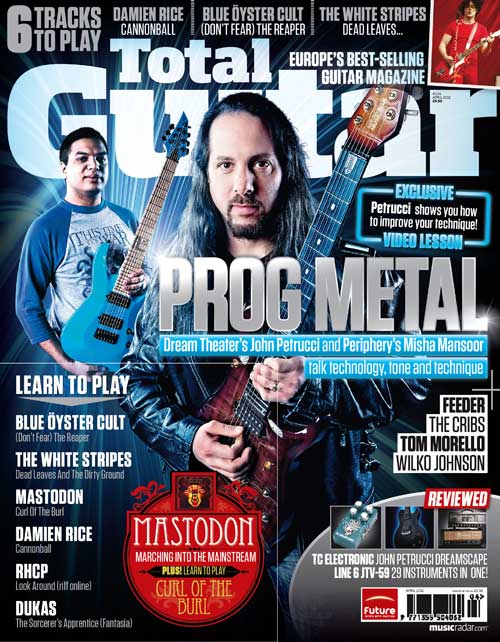