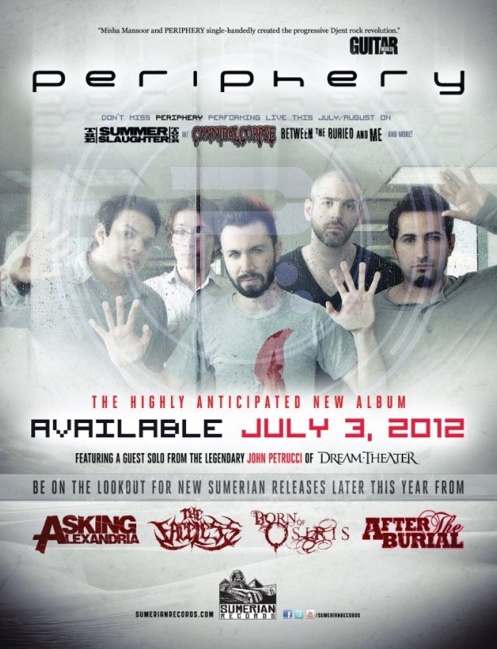 Periphery has announced a July 3 release date for their highly-anticipated next album, via Sumerian Records.

The band originally dropped the news in the latest issue of Revolver, adding a note that John Petrucci of Dream Theater will contribute a guest solo.

Periphery confirmed as much to Guitar World, but took it one step further to reveal that Wes Hauch of The Faceless and Guthrie Govan of The Aristocrats also have solos.

Periphery will be traveling over the next few months on the Summer Slaughter tour with Cannibal Corpse, Between The Buried and Me, and others.