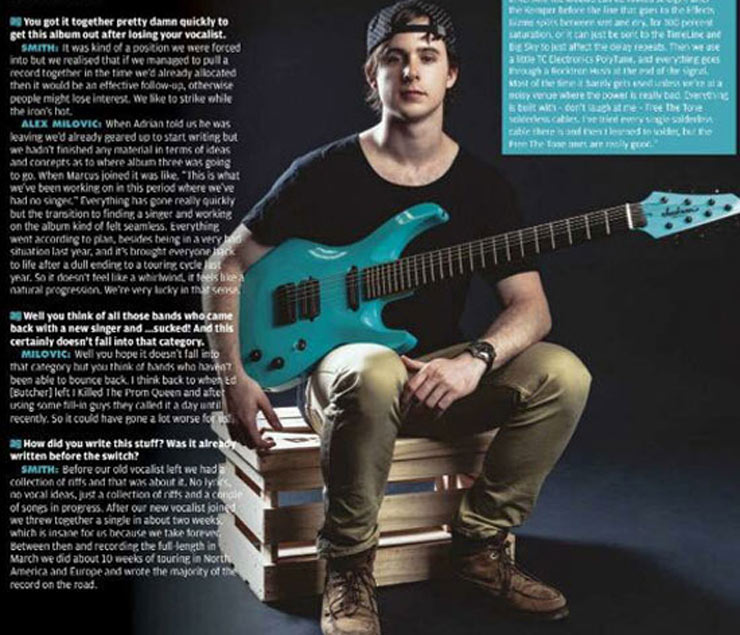 Northlane guitarist Josh Smith recently appeared in Australian Guitar magazine, where he talked about his favorite gear and what went into 2015 hit album Node.

Node, Northlane’s first record to feature vocalist Marcus Bridge after the departure of Adrian Fitipaldes in 2014, rocketed to the top of Australia’s ARIA album charts earlier this summer.

“It was kind of a position we were forced into but we realized that if we managed to pull a record together in the time we’d already allocated then it would be an effective follow-up,” Smith said of the challenge of changing singers. “Otherwise, people might lose interest. We like to strike while the iron’s hot.”

And if you didn’t notice from the photo of the Australian Guitar interview, Smith showcased the eye-catching Jackson B7 that he had refinished in Seafoam Green.

Click here for more information on Northlane and here to pick up your copy of Australian Guitar Magazine.