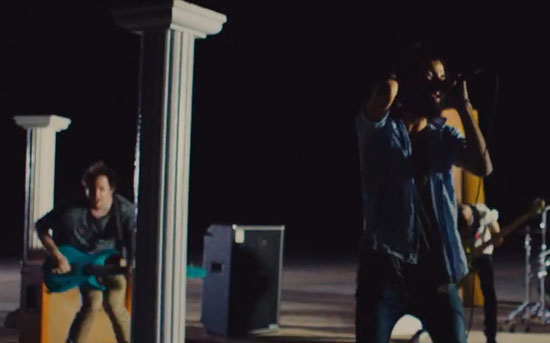 Australian metalcore band Northlane recently dropped a video for the new single “Obelisk,” a track that comes of upcoming album Node (due out July 24).

Filmed in Western Australia, the clip features the guys performing the bone-crushing song in a sparse, column-enclosed area.

And if you keep your eyes trained on the quick cuts, you’ll see guitarist Josh Smith wielding his refinished Jackson B7 in Seafoam Green.

Take a look after the jump.