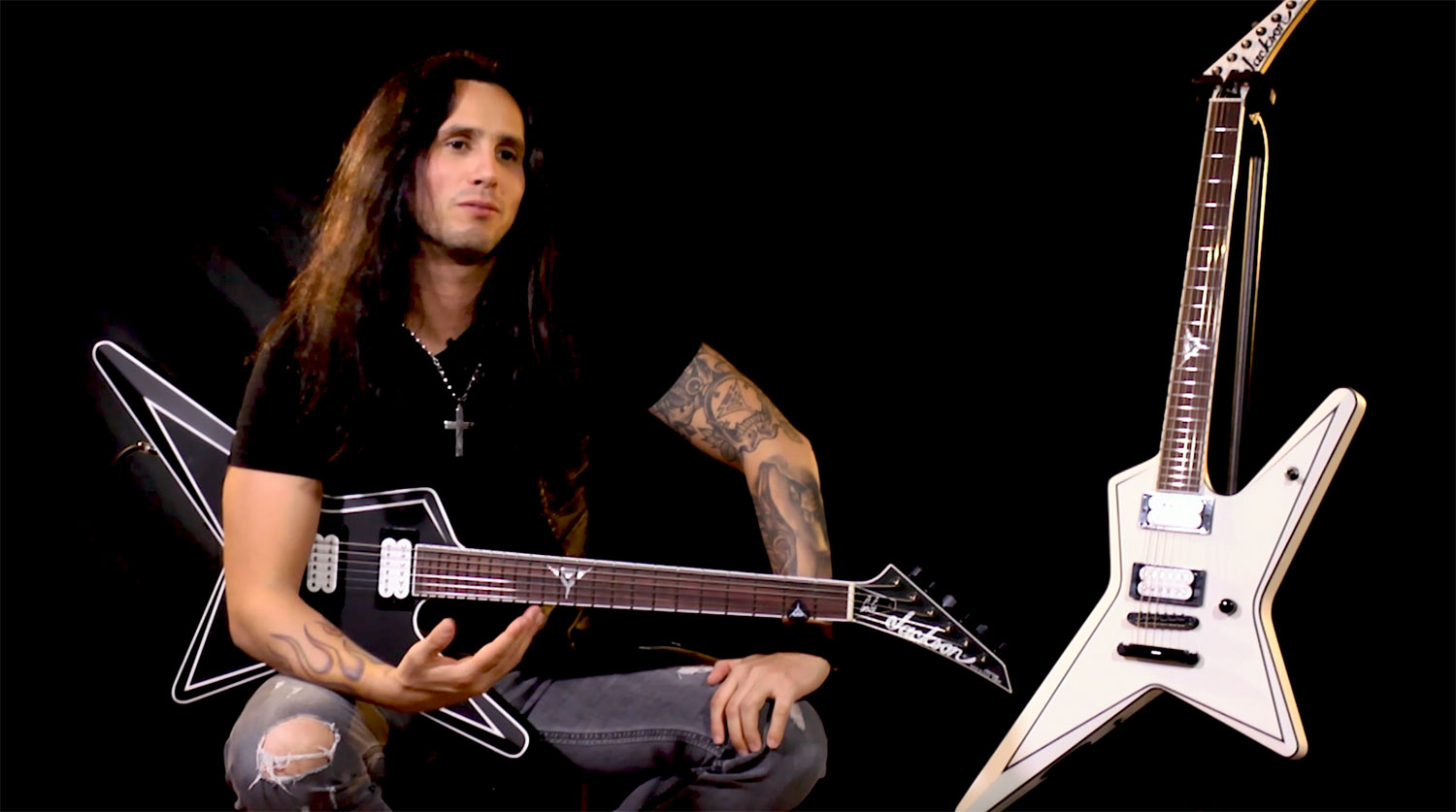 “My dad just had this vinyl collection which was mainly Greek music but when he was visiting my uncle he had stolen that album and I was just amazed when I heard Frampton do the talk box thing on the song, ‘Do You Feel Like We Do,’” said Gus G.  “I remember asking my dad, ‘Is that a robot?’ And he was like, ‘It’s an electric guitar,’ so that was a first revelation.

Knowing he wanted to learn how to play what he was hearing, he immediately asked his dad for an electric guitar. His father felt he should start out on classical guitar, so it was a few years later, at age 14, when Gus G. finally got his first electric.

“I was all over that thing so from that point on, I became really serious,” he shared. “That was when I went 100% deep into practicing, doing the whole thing 8-10 hours a day. It just really became my whole life.”

That longtime devotion and steadfast passion for the instrument make the release of his new Jackson signature Gus G. Star models that much more special.

“Putting your name into any sort of product and working with legendary companies like Jackson, these are the craziest dreams that any kid could have,” said Gus G. “I’m always pinching myself, always really grateful to get to sit down with the masters and create a product. I’m very proud of these guitars.”

In the exclusive video below, Gus G. discusses the development process of his signature axes and runs through a few of the key features that delivers a sound that he calls “heavy as fuck.”