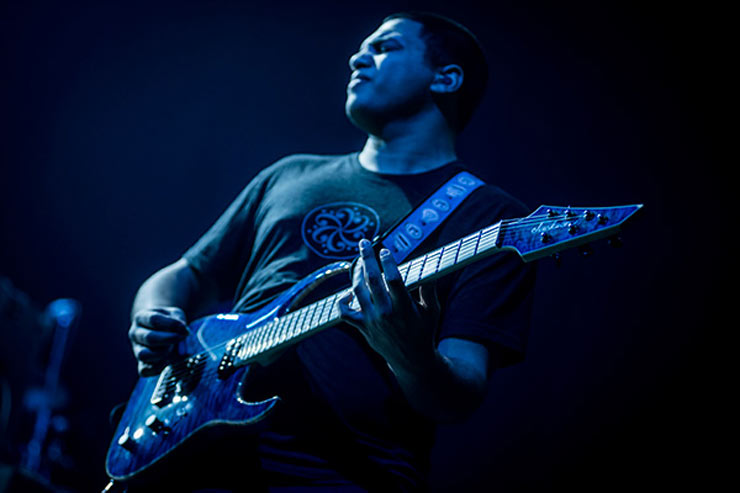 In a recent interview with Total Guitar, Periphery’s Misha Mansoor talked about his love for seven-string guitars and how they were used on his band’s latest double album, Juggernaut: Alpha and Juggernaut: Omega.

“The project was supposed to take about eight months, but it ended up taking over two-and-a-half years and a lot more money and prototypes than they originally expected, but they never complained once,” Mansoor explained. “They’ve always been excited about the potential for it, and they’ve spoken out when they thought my ideas were not maybe the best for what I was trying to achieve.”

At the end of the day, Mansoor believes his namesake models came out perfectly.

“They’re guitar nerds; they totally get it and they built me my dream guitar even though it took way too long to get there [laughs]. No complaints whatsoever,” he said. “They stuck with the project and we ended up with something everyone is really proud of.”