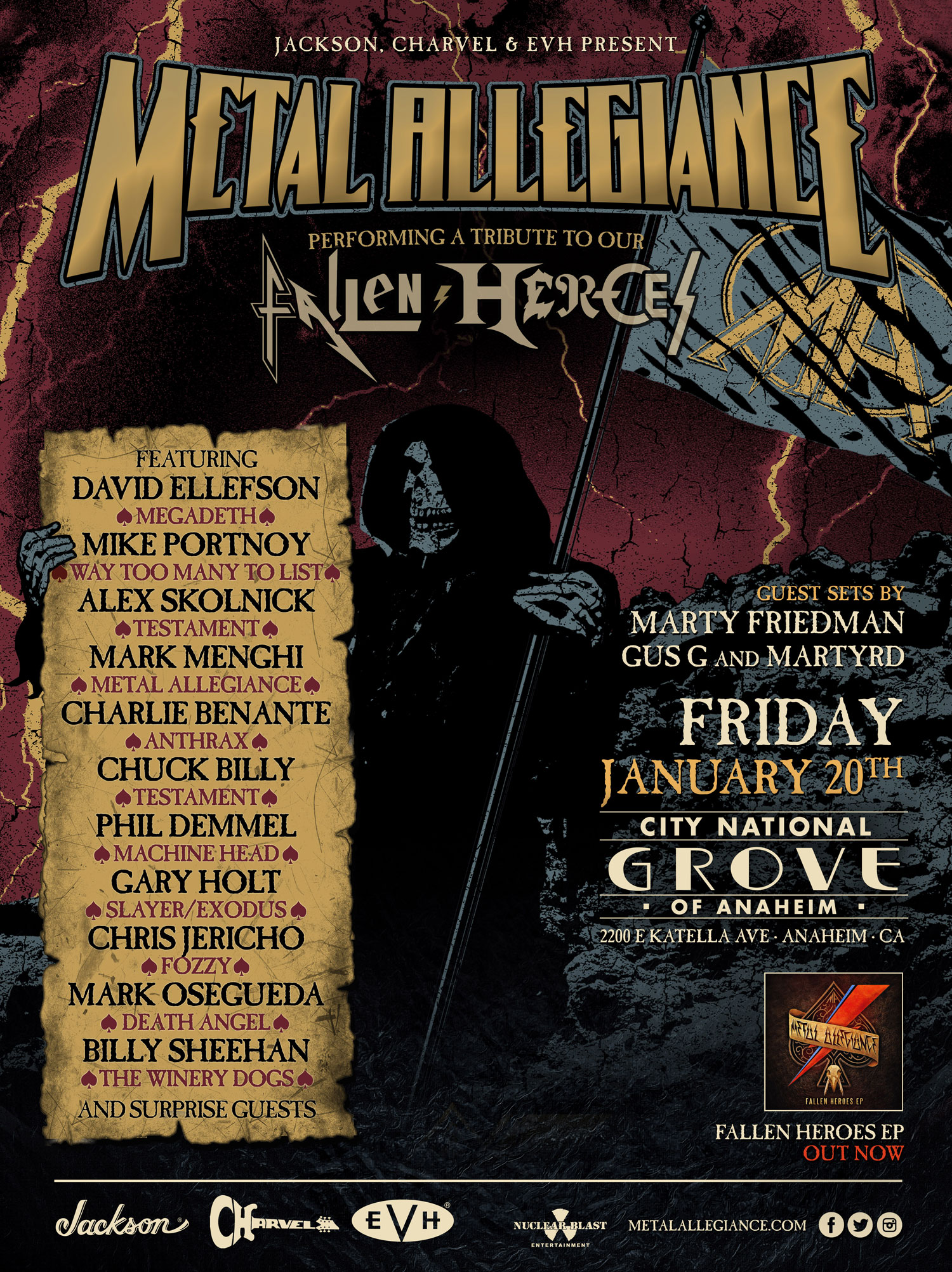 Like the comic book heroes of The Avengers franchise, the men and women who’ve assembled on the stage and in the studio as Metal Allegiance come and go as they please, but each arrive armed with unique mythologies and classic discographies of their own, converging with mutual respect and a collaborative spirit. The result is a continuously evolving musical force both serious in its proficiency and celebratory in its enthusiasm and camaraderie.

On Friday, Jan. 20, during the Winter NAMM Show in Anaheim, Calif., Metal Allegiance’s core four — David Ellefson, Alex Skolnick, Mark Menghi, and Mike Portnoy will play together for the first time in a year in a “Tribute Concert to Metal’s Fallen Heroes.”

“Of all the bands playing in Anaheim that week, this is the one show you don’t wanna miss!” said Jericho. “Thrash metal played at its finest by a band that has sold over 50 million records collectively with an audience made up completely of bikini models! Well, all of those things might not exactly be true, but you get the idea. The point is, come see the coolest fuckin’ band in Anaheim that week – METAL ALLEGIANCE!”

Presented by Jackson, Charvel and EVH, the evening will kick off with special guest sets by guitar gods Marty Friedman and Gus G.

General admission tickets for the night will go on sale on this Friday (Oct. 20) at 1pm EDT / 10am PDT and can be purchased here!

VIP packages include a ticket, a meet & greet with members of the band, a T-shirt, a show poster, and VIP laminate, and will also be available at 1PM EDT/10AM PDT on Friday here.