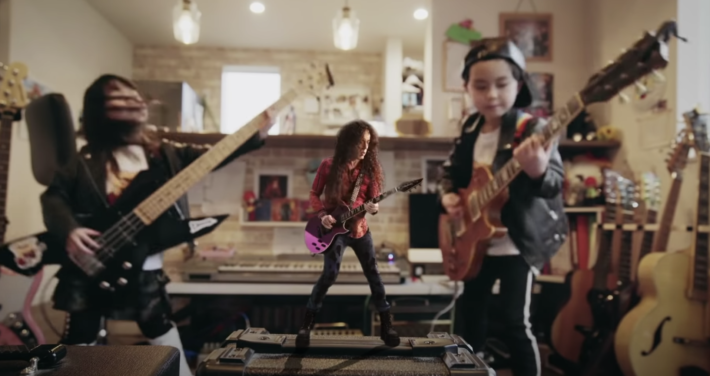 With the Covid-19 pandemic making so many of us feel isolated these days, Jackson signature artist Marty Friedman figured out a way to bring people together.

Friedman invited his fans to learn and play his song “Makenaide” for the chance to be included in the song’s official music video. The famed guitarist filmed his performance against a green screen with his new Pro MF-1 Purple Mirror, which allowed him to be dropped into footage where he appears to shred right alongside fans.

“I feel so incredibly fortunate and grateful for the love and support of wonderful people from so many countries and cultures around the world,” explained Friedman. “With this video, I tried my best to share that unique feeling with you, and what better way than to have those cool folks jam for us. A huge thank you to everyone who took the time and energy to learn this song and make this video so fun to look at.”

Jason Becker, Friedman’s partner in former heavy metal duo Cacophony, also makes a special appearance. After losing his ability to play guitar due to ALS, Becker is seen holding up a sign that reads, “Never Give Up on Yourself.”

“Makenaide,” a cover of Japanese pop-rock group Zard’s hit song, will appear on his upcoming solo album Tokyo Jukebox 3, due out April 16.

Watch below now and pre-order the album here.