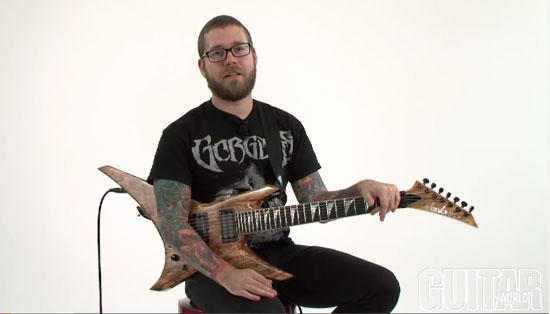 Last month, Revocation frontman Dave Davidson taught fans how to play the basis of the riffs heard on the title track of the band’s latest album, Deathless.

This month, Davidson is back to run through the song’s pre-chorus and chorus sections.

“The two primary forms of the diminished scale are very similar,” Davidson wrote. “In essence, they are exactly the same, except the second form simply starts from the second note of the first form.”

Learn more about this thrasher from Davidson himself after the jump.