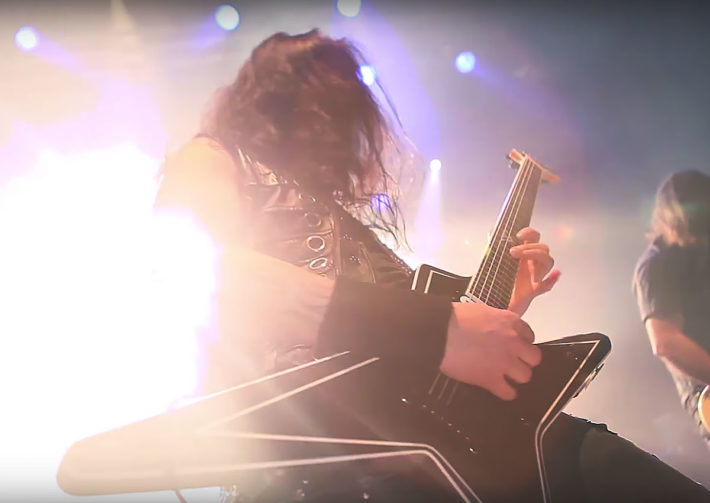 Armed with his USA Signature Gus G. Star, the clip features a live performance by Gus G. and his bandmates tearing through their track “We Defy” off the incredible Immortals album.

Bandleader Gus G. had this to say about the new video and tour:

“In December we captured some of this magic on camera when we played our hometown Thessaloniki, Greece. The video for the song ‘We Defy’ gives you an idea of the excitement and energy at a Firewind show. We hope you enjoy it and hope to see you at a show!”

From the crowd’s reaction in the video, it appears that Firewind’s energy and excitement was certainly infectious.

Check out the official video for “We Defy” below and CLICK HERE to see Firewind’s upcoming tour dates.