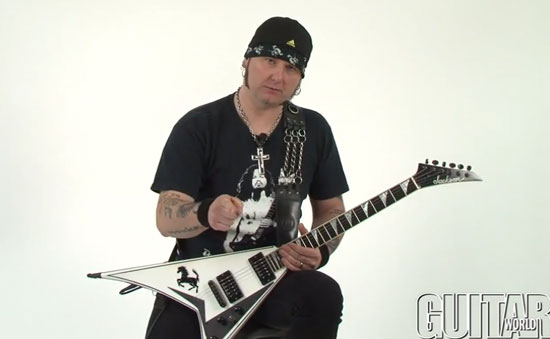 “Within the genre of heavy metal, the art of rhythm guitar can sometimes seem a bit predictable—either root-fifth (or root-fifth-root) chords shifted up and down the fretboard on the same strings, or open low-string pedal tones played against two-note power chords, and little else,” he wrote.

Learn how the expert shredder accomplishes that in the video after the jump.