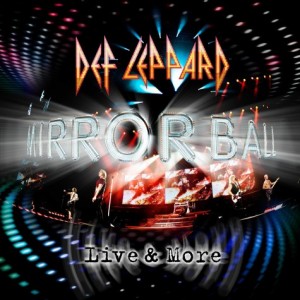 The band’s first live album, a triple-disc set, is action packed with 21 concert recordings from their 2008-2009 Sparkle tour, three new studio tracks and a DVD with additional live acts that include classic riff performances by Jackson artist and lead guitarist, Phil Collen.

“There has been a lot of live stuff available, there’s just never been an official live album,” said singer Joe Elliott in an hour-long radio special that aired on over 100 radio stations in the United States. “I’ve been taking 2010 off the road and been out of a record contract now, so we’re free to do whatever we want. This was the perfect time to actually look at what we’d just done on the previous tour and piece a live album together.”

The first ever live album features Def Leppard classic hits such as “Animal,” “Pour Some Sugar On Me,” “Photograph,” “Nine Lives” and “Rock Of Ages.” The brand new bonus tracks are “Undefeated,” “Kings Of The World” and “It’s All About Believin.'”

Def Leppard has over 40 shows left in their Mirror Ball summer tour, so be sure to catch them live. See their tour dates here.