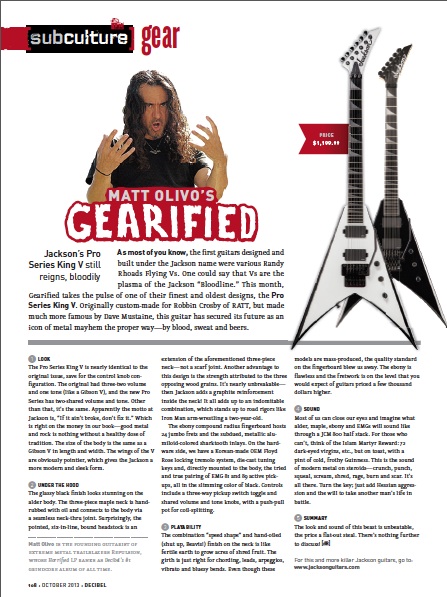 Decibel’s Matt Olivo picked up a Jackson Pro Series King V in the magazine’s October issue and said the axe “has secured its future as an icon of metal mayhem.”

After Olivo checked out everything from the King V’s looks, tone and playability, he noted the Jackson Pro Series King V has a sound that is “unbeatable” and a price that is a “flat-out steal.”

Pick up the October issue of Decibel here to read the full review.