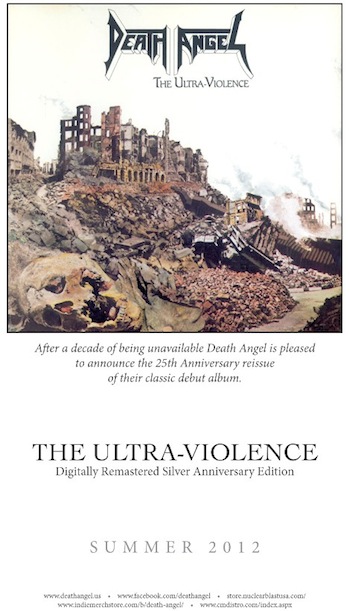 “Digitally remastered but not altered,” said Death Angel guitarist Rob Cavestany on the band’s website. “It sounds leagues better than the original pressing yet retains every ounce of vibe, character and feel that we put into our first record.”

The Ultra-Violence had been off the shelves for 10 years.

The veteran metal act also plans on hitting Europe in support of the album’s 25th anniversary.

“To coincide with this release we will be performing the full album in its entirety this summer on tour in Europe,” added Cavestany. “Perhaps even select dates in other parts of the world… We shall see where this takes us.”

The Ultra-Violence track listing is as follows:

The remastered album will only be available for sale on Death Angel’s website. For more info, click here.