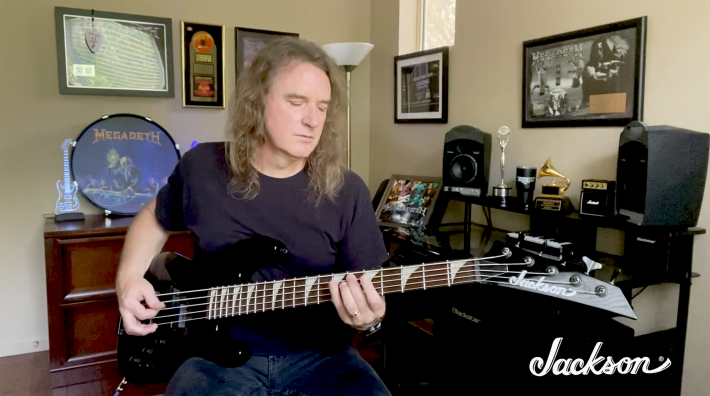 Back in 1990, Megadeth released Rust in Peace, one of the greatest thrash metal albums of all-time. In the studio, Ellefson was able to drop tune his four-string bass to record “Hangar 18,” but for the massive Clash of the Titan tour with Slayer, he needed an actual 5-string bass..

“That one song set in motion a phone call to Jackson guitars in the summer of 1990 to create essentially what is now this bass,” explains Ellefson in the video below.