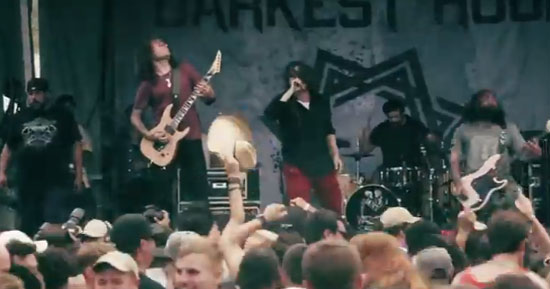 With a new self-titled album coming out on Aug. 5, Darkest Hour has released a taste of their latest tracks, a few of which the band is playing while on the road with the Rockstar Mayhem Festival.

One track – “By The Starlight” – is an interesting offering from the metallers, as it features acoustic guitars, a percentage of clean vocals and a collaboration with Los Angeles dream-pop artist DRÆMINGS.  The other – “Rapture in Exile” – is a straight-up metal assault on the senses.

Check out both songs, including a live performance from Mayhem Fest, after the jump.