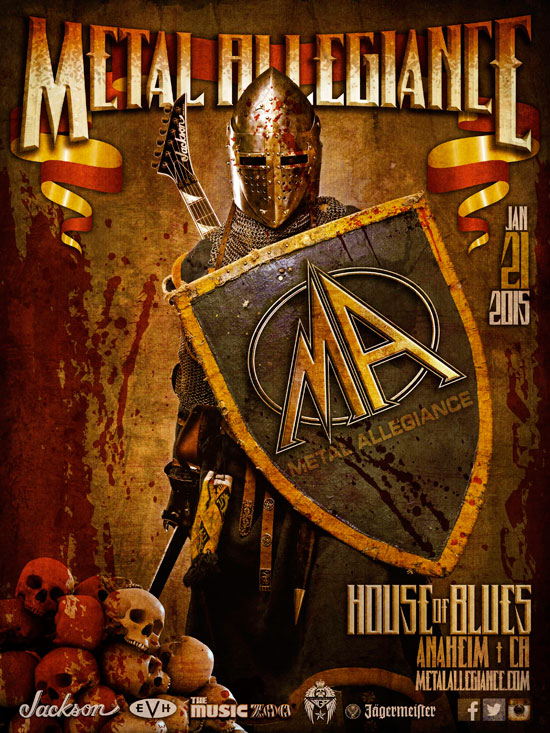 After a critically acclaimed premiere on the inaugural voyage of Motörhead’s Motörboat alongside their recent addition as a co-headliner on Shiprocked 2015, Metal Allegiance will be bringing their musical crusade to stateside on Jan. 21, 2015 at the House of Blues in Anaheim, Calif.

“Metal Allegiance is one of the most musically fulfilling endeavors I’ve ever been a part of because it’s all good friends playing our favorite songs together at any location in the world. It’s like having a heavy metal brother from another mother,” said Ellefson.

Ian will kick off the night with Speaking Words, the successful spoken word event which the guitarist recounts stories from throughout his legendary career. Ian recently released his autobiography, I’m The Man: The Story Of That Guy From Anthrax, and has been performing these spoken word events around the globe in support of that release.

“Being a part of Metal Allegiance gave me the chance to hang one-handed from a palm tree to take a video of Alex Skolnick playing Eruption,” noted Ian. “Can’t wait to do it again! (Metal Allegiance, not the one-handed hanging). See you all soon!”