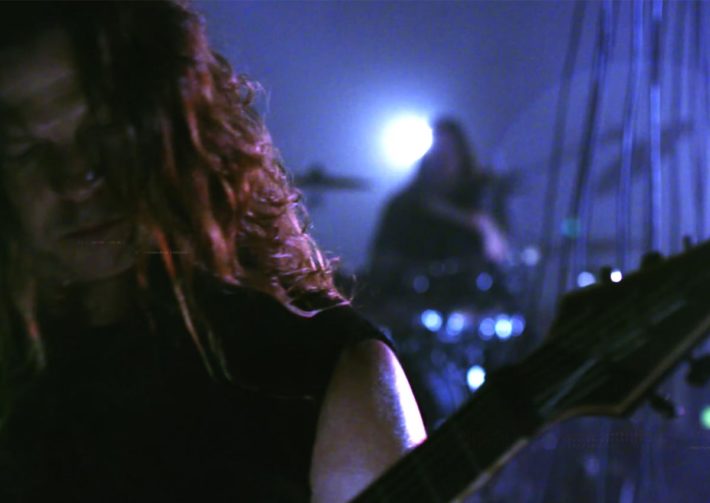 Mixed by Dave Otero, the album title was culled from its track “Conspiracy of the Gods,” and serves as a metaphor for life in general, as well as wide-ranging lyrical matter and diverse styles of heavy metal music. Among the 11 tracks,  “Another Killing Spree” takes a look at hardcore drug use, “Lullaby of Vengeance” is an angry song about angry lyrics and “Overexposure” is an anthem song dedicated to not selling out.

Broderick also shared a bit about his approach to his guitar solos for the new effort.

“I actually wanted to tone it down a bit technically in terms of my solos, but the opposite happened,” he explained. “This was because I inadvertently ended up creating a few new techniques to use in my trick bag and saw their potential, so I worked really hard on the execution so they could make the record.”

In announcing new album details, the metal group also debuted a music video for lead single “M.I.A.”  Short for “Mis-Information Age,” the clip was directed by Robert Graves and kicks off with snippets of broadcast television news reports.

“‘Mis-Information Age’ is very applicable in today’s social climate, where we can no longer blindly trust the source of facts that determine our view,” said Broderick. “It asserts that we should be skeptical, making sure we have the truth and not someone’s propaganda.”

Watch the clip below …