The 2012 Jackson Showcase at NAMM was a big hit, with an incredible display set up over the weekend at the Anaheim Convention Center.

Artists, product dealers and fans alike got a chance to interact and check out some of Jackson’s latest guitars, including the new David Ellefson Signature X Series basses. 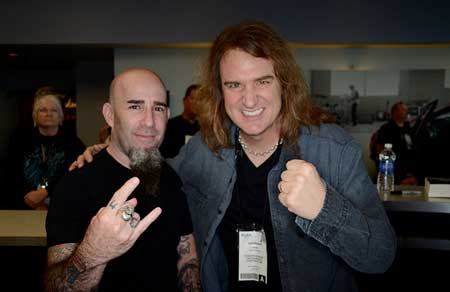 The line was long, but the guys signed for every fan and took countless pictures.

View a check-in from Ellefson and Co. here.

Another highlight of the Jackson Showcase was the arrival of Iron Maiden guitarist Adrian Smith.   The metal icon checked out several guitars – including some impressive one-of-a-kind axes from Jackson Custom Shop luthier Pablo Santana – while on the floor. 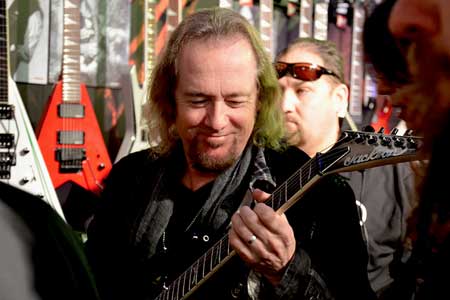 All in all, the Jackson brand was well-represented at NAMM 2012, both by amazing artists and several eye- and ear-catching guitars.