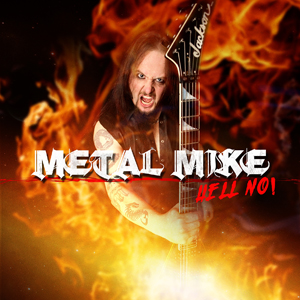 With his solo album The Metalworker scheduled to come out later this year, Metal Mike Chlasciak has released the first single, a sonic assault titled “Hell No!”

Listen “Hell No!” below:

Metal Mike — “Hell No!” by GuitarWorld

In other Metal Mike news, the shredder will serve as guest professor at this summer’s School of Rock Metal Camp, held Aug. 19-25 at Camp Lakota in New York’s Catskill Mountains.

Metalheads ages 12-18 will rehearse and jam with bandmates every day and then cap off the week with a live, onstage concert featuring their band and Metal Mike.

In addition, the 200-acre site on Masten Lake features activities such as a zip line, skate park, motorized go-carts, swimming, waterskiing and a climbing wall.

Check out Metal Camp’s home page for more information, and visit Metal Mike’s official website to keep up with The Metalworker.