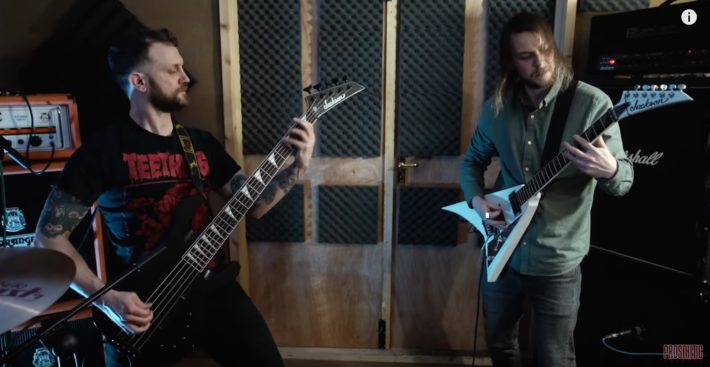 Thomas showed off his tapping skills on his Jackson Pro Series Rhoads RR in “Matriphagy” and “Asura’s Realm”, while Gray delivered brazen rhythm work on “Implementing the Metaphysics of Morals.”

Samsara was released March 15 on Prosthetic Records. Give this insane performance a listen below, and catch Venom Prison on tour here.