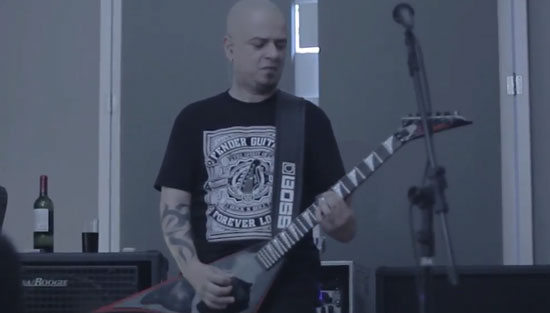 Brazilian metallers Eminence recently debuted a new video for the track “Citizen Zero,” a brutal affair that shows the band running through the song inside what looks like a sparse living room.

“Citizen Zero” comes off Eminence’s second album, Humanology, but this video in particular was taken off an upcoming behind-the-scenes DVD that will be released in the coming months.

In the meantime, check out “Citizen Zero” after the jump.