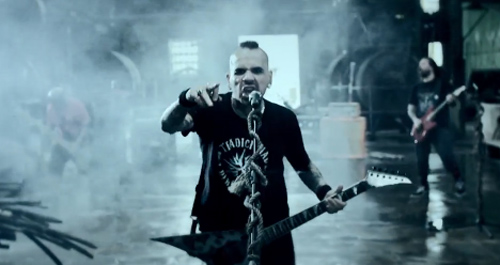 Directed by Hermanos Dawidson Films, the clip depicts the band performing the brutal song, but there are also scenes of a tribal figure dancing and a small girl who is offered an apple by a priest-like man.

Check it all out after the jump.