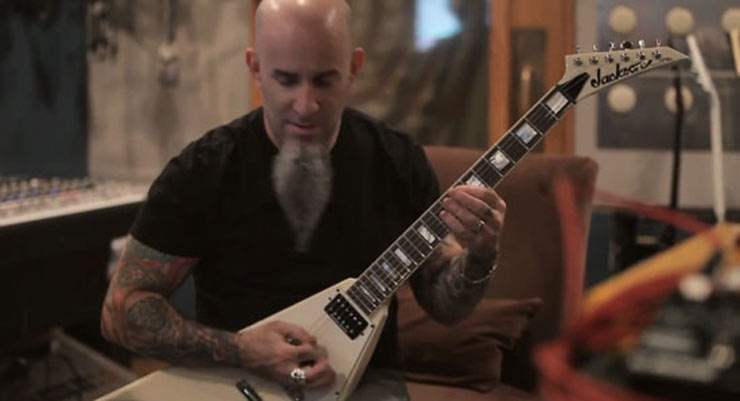 It’s been widely announced that Anthrax has been hard at work on a new album that will follow up 2011’s Grammy-nominated Worship Music with a tentative early 2016 release.

But fans can now get a glimpse of the action as the thrash legends recently posted an extensive behind-the-scenes video that shows Scott Ian, Charlie Benante and Frank Bello laying down tracks and talking about their recording process.

According to Ian, the band opted to put the album together in chunks instead of one epic run in the studio.

“With this record, it was the plan from the start once we realized we had so many songs, that to try and tackle that in one shot just from a time factor, it wouldn’t have even worked in our lives,” Ian said. “If I had 18 songs to record guitars on, that means I’d have to be in the studio every day for a month probably.

“That’s why we decided to do it in batches. And also energy, to keep your energy up. The idea of having 18 songs, that’s kind of looking up a big mountain to climb.”

For more from Anthrax and to get a good look at Ian’s amazing custom King V, watch the video after the jump.